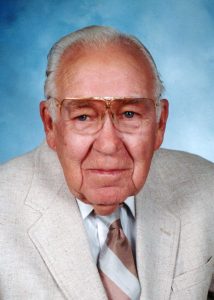 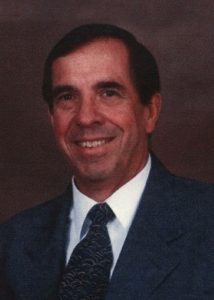 The California Hall of Fame was started by Charles Garberson and Mike Pelkey, as a way to keep the memory of the great California skeet shooters alive. The first Class of inductees was 1981 and included the best shooters of years gone by. Mr. Skeet, Alex Kerr, the first man to shoot 400×400 Kenny Barnes, Robert (Bobby) Stack, Elliot Ness from the Untouchables TV show, D. Lee Braun the Godfather of sustained lead shooting technique, and 7 other NSSA Hall of Fame members.
The current members encompass shooters from the 1930’s through currently active shooters. Some careers spanned 4 decades, and some whose careers were shorter but exemplified excellence and achievement. There are 17 members of the California Hall of Fame who have amassed 79 Open championships at the Nationals/World Championships. 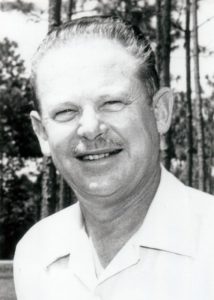 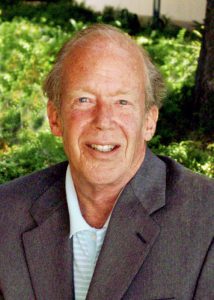 This award is given to California Skeet supporters for their contributions to the game of skeet at the State, Zone and National level. The award, like the Hall of Fame for shooting ability, is about a career of contributions to the game, exemplified by the contributions of its namesake. A little history is needed at this point. Alex’s contributions to skeet started before being one of the founding fathers of the NSSA in 1947 and was vice president when it was organized in 1947. He served as president from 1960 to 1964 and was a member of the Board of Directors (EC) for many years. He was the recipient of the 1971 Ray Boller Award. Alex was also a founding member of the SoCal Skeet Shooting Association, and the California Skeet shooting Association. Alex owned a gun club, Golden Valley, in Southern California for many years. He also had a sporting goods store in Beverly Hills, where he had Kerr special skeet guns from Remington, and played a major part in Hollywood stars shooting skeet. He would coach junior shooters, his pupils included Robert Stack and Ron Hurlbert, and pay for ammo and targets.

Lee Dennis has been a major supporter of Skeet in California, the Zone and at the National level. Lee was one of the first to see the need and embrace the computer as a tool to speed up the arduous task of running a large skeet shoot. From the hardware, plotters, printer, computers to the software, Lee was instrumental in its success. Lee worked with Valero to fix bugs and enhance the capabilities that exist today. Lee was the godfather of the lucky number shoot offs at the world shoot. He has contributed untold thousands of hours of his time in getting the shooter’s information into the system, syncing the shoot program with the computer program so the mundane stuff like 2 man teams and groups are correct, the class and options pay out are correct, the scoreboard plotted, and that does not include the hours at the shoot, registering, entering scores and getting the shoot off sheets ready in a timely fashion or the time after getting the checks printed, financial reports and information off to the NSSA. We have touched on the time impact on his and our lives at skeet shoots, many hours for him, minutes for us. The financial impact to the State has been at a level that is really astounding. Lee has been the “Godfather” to California skeet. The computers and related equipment you see at the State, the Zone and the Western are Lee’s. He has maintained and upgraded the computers and printers. In addition, Lee has contributed equipment and money to the NSSA. In 2006 Lee received the Ray Boller Award and his place in the NSSA Hall of Fame.

Any three (3) of the following:
A. NSSA President
B. CSSA, NorCal or SCSA President
C. NSSA National Director for three or more terms
E. Time and/or money contribution on a long-term basis

Get the latest News & results delivered to your inbox!