Bachelor Party at Triple B Clays

A non-classic bachelor party is a great way to introduce shotgun shooting to your friends.

Chances are that you first began shooting because it was fun. Maybe a friend or family member invited you to the range. Or it could have been hand thrown targets in the woods. Perhaps you were invited to a hunt. Do you remember the first time you hit the target? The instant reactive gratification? That’s was the hook that got you going. If it was recent you probably remember it well. If it was years past take a moment to recall the feeling.
For a group of 10 guys they got that experience at a Bachelor Party the end of July at Triple B Clays. About half had shot some sort of gun before. For the other half it was a first. For everyone it was their first experience shooting clay targets on a range. Hosted by Billie Barsotti, Chris Baker, Tina Stephens, Clark Swinehart, and Bill Kelly, a fun day was planned for them.
Beginning at the clubhouse Ms. Barsotti administrated her standard “Safety Quiz”. It gives a chance to coach and determine the level of experience anyone new to the range has. Following that Liability Forms are completed and it’s off to Field 11 where Baker and his staff awaited them. Second up,…. More safety and orientation. With a group that size name tags are in order. We use Bass Pro Shop hats and multi-colored Sharpie pens. A great way to make rednecks out of these city slickers.
The boys was broken into groups of five. The coaches controlled the ammunition. Baker took the first group out. The plan is to have each shoot slow incomers from station 1. All did well. After each had shot, the next group of five took the field accompanied by Bill Kelly. His guys were equally successful, breaking the floating incomers. Field 12 opened up so Baker took his group next door. Now all ten were shooting and breaking clay.
The next station was 2, again shooting incomers. Then 7 engaging high houses, followed by more high’s from 6. Then back to 7 presenting a low house, then they broke pairs. When complete with this drill most of the shooters had expended two or three boxes. And having a hoot as well.
Tina Stephens brought some snacks and watermelon. The young men took a quick break while the field was converted to Trap. Yes Trap (Don’t hang up now). The target is set to a straightaway and Clark Swinehart coached them on hitting the shot. Think about it, each of the newbies has learned safety, gun mount, some form, how to move the shotgun, and has shot two disciplines. But wait, there’s more!
Setting up a simple game of Annie Oakley, a competition was created. In about 20 minutes a winner emerged. Then a game of Chip Shot, another winner. And there were prizes and awards. They guys had no idea there would be any such thing. When they arrived they thought it would be just a few shots at clays. Smiles and “Thank You’s” abounded. In all the Bachelor Party shot at 675 targets over about 4 hours.
This event took place in Los Angeles, not known for being exceptionally gun friendly. Because family members invested the time, energy, and money to familiarize these young gentlemen to our sport there could be some new skeet shooters. Minimally there are some new recreational shooters. AND, these young people and their new families are more likely to be gun friendly. Wins all the way around. Here is a quote from one of the group; “We had a BLAST!!!! Thank you for making it fun and special. It is a day I will never forget.”
Remember the first time you broke a clay? It’s even more fun helping someone else break theirs. Take someone new to the range. Your efforts will come back tenfold.
Triple B Clays is the premier Southern California shooting facility. Just 20 minutes from downtown L.A. 30 minutes from beaches. Come shoot with us.
Contributed by Chris Baker

Find an error?
Email the webmaster. 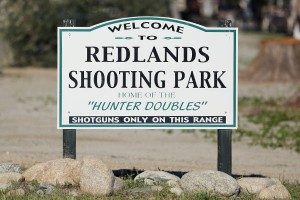